You are here: Home / Shilpa Ghatalia 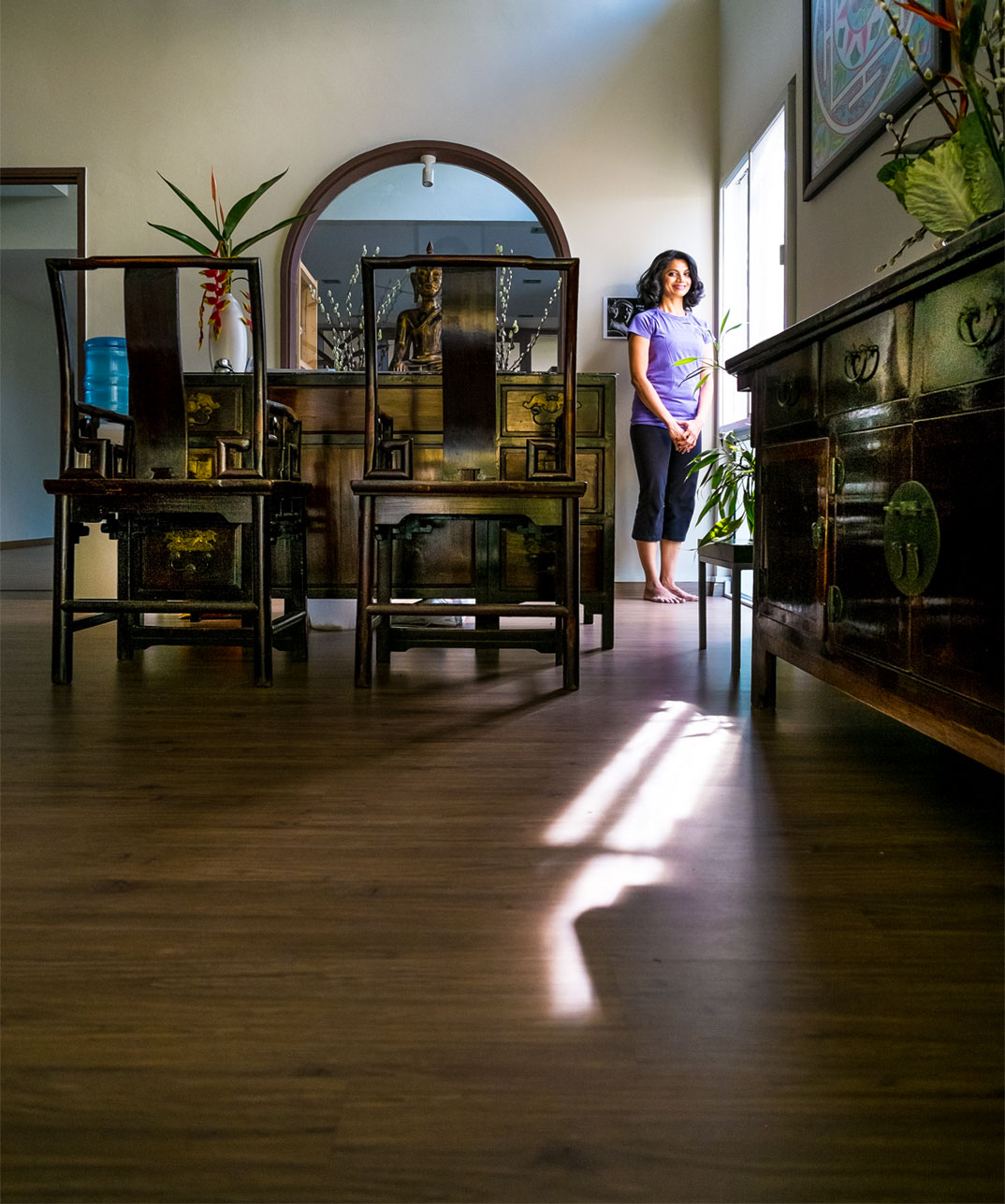 Shilpa Ghatalia has been a lifelong student of Yoga. In 1997 she became a certified yoga teacher in the Himalayan tradition at Swami Rama’s Institute of Yogic Sciences Honesdale, USA. In 1999 under the tutelage of Swami Veda Bharati she studied the subtleties of Yoga to include Raja Yoga Meditation & Yoga Nidra. From then on, she went on to study and train with the following teachers: Zen Master Thich Nhat Hanh in Mindfulness; Sri Ramesh Balsekar in Advaita Vedanta; Pranayama and Basics of Ayurveda with Dr Nagaraj in India; the Buteyko Method with Patrick Keown; Master teachers Paddy McGrath and Diane Long who initiated her into revolutionary practise of *Vanda Scaravelli; Yin Yoga with Sarah Powers; Calligraphy Yoga and Qi Gong with the Shaolin Master Zen Hua Yang; Yoga Synergy training with Simon Borg Olivier, Australia. Over the years she continued to study different styles of Hatha Yoga such as Iyengar, Anusara and Yin Yoga in her quest to find a system, which led to spontaneous meditation. This led her to creating a style of Hatha Yoga called Integrative Yoga which is the synthesis of the teachings of all of the above teachers and teachings imbibed over the period of 30 years.

Shilpa Ghatalia is the founder of Yogshakti-www.yogshakti.com which is a registered Yoga Alliance (USA) school licenced to provide 200 and 300 hour teacher training programs. She trains teachers both internationally & locally.

*Vanda Scaravelli: Author of the book Awakening the Spine