Paddy will teach you to ‘learn to master your own spine’, which naturally leads into you being able to help other spines. She will teach over 5-morning sessions her ever-evolving subtle yet powerful techniques, as well as fun, playful basic spine freeing principals in action.

Using her dancing spine sequences of backbends and inversions and other asanas, but in such a way as to include the less adept as well as the most advanced practitioner. Therefore this course open to anyone who has a good basic practice foundation.

**In addition
1pm to 3pm (special session for teachers or aspiring teachers .we will work on adjusting from fascia etc and ,dealing with back problems and joint problems etc ) 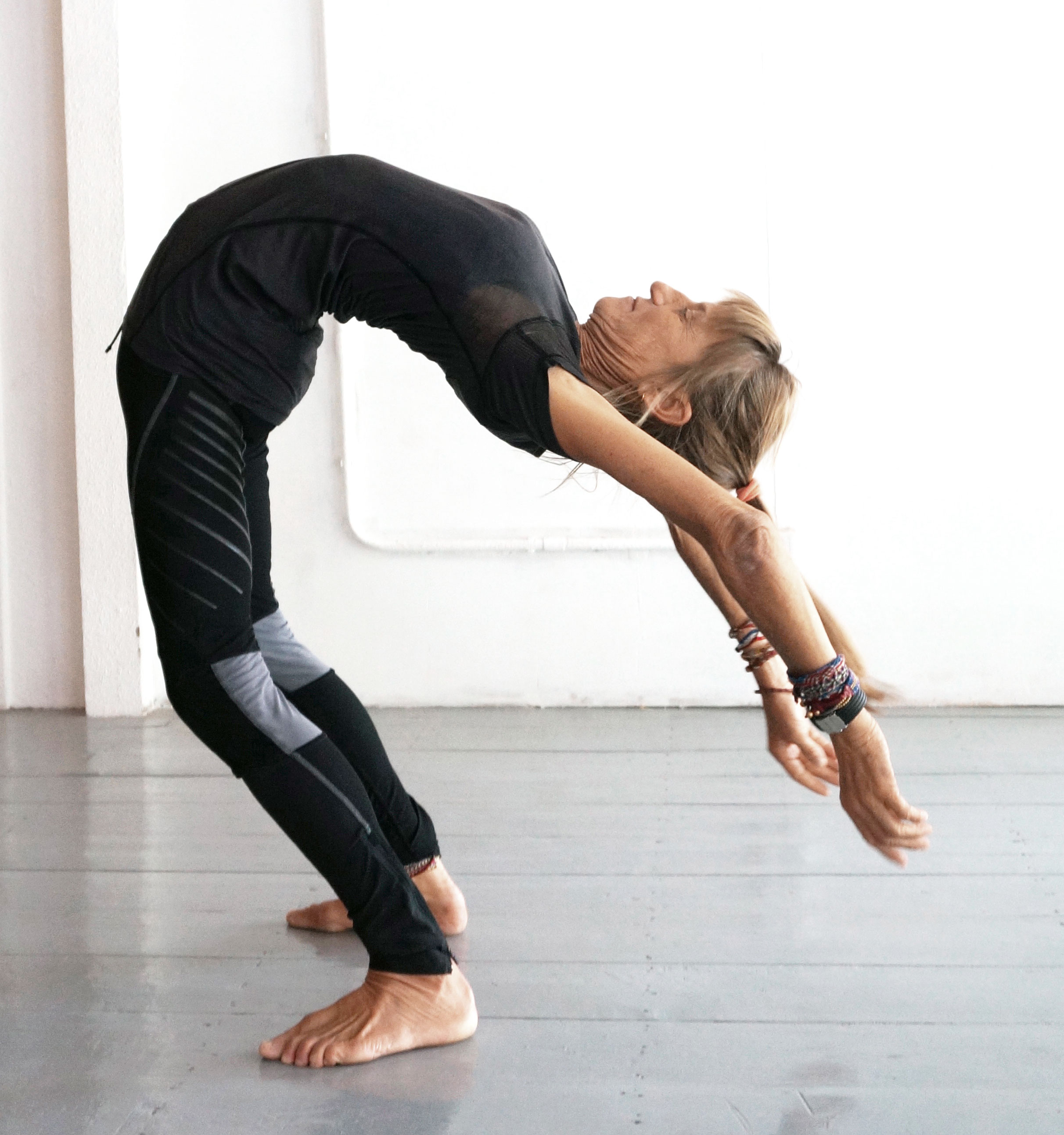 For more information on Paddy www.dancingspinepad.wordpress.com